Being a Coast Guard Wife

Like most Military lives the Coast Guard has some interesting caveats that no one really tells you about before you join. So my goal is to give you a heads up to the spouses on those drawbacks and also some of the positives to a life with a Coast Guardsmen. Disclaimer, I love the CG, I love the people, and the branch itself, but you can’t be the best without criticism, and to be honest, even the cons are worth the community and lifestyle.

First things first. PCS or Permanent Change of Station. Now, this is a military-wide annoyance. Every 2-4 years you are expected to pack up your life and move (mostly on your own dime) to who knows where in the world. Thankfully CG is mostly in the states but imagine moving from South Texas to Alaska with a very small car and 2 dogs and not enough cash to get there because gas costs skyrocketed right before your move. And then waiting 3+ months to get paid for that move once you finally found housing in your new city. And that is if you are lucky enough to not have your paperwork lost in the process, making a 3-month wait to more than 6. Now imagine in that time, trying to buy a new house, or putting down first and lasts on an apartment. Without proper savings or preparation, you will be running on empty really quickly.

The next issue is the Travel Card. Sounds nice, the military will foot the bill for your move, flights, hotels, and food for your PCS? That sounds great and makes the moves so much easier!  But think of it as more of a very short-term loan that you have to pay back in full in 30 days. Now if you are thinking to yourself “well they don’t pay me for my PCS till around 3 months if I’m lucky”. You would be correct, you have to pay everything back in full out of pocket. If you don’t it can have negative repercussions on your Guardsmen’s career.

Now any other branch, it is an easy option that comes with a simple waitlist and rank-based system. For the Coast Guard, it’s a little different. Depending on your rate, and pay grade, either you live on a cutter now, or you live off post. We as a whole are not a priority when it comes to base housing. This usually means having to scramble for housing, buying houses sight unseen, or living in hotels for the first few months at your new duty station. I have gotten very comfortable with the hotel juggle over this last PCS. Now single members usually have a few options, and can work with other members to get approved for BAH for a joint apartment or, depending on where and rank they can live on their cutter over the first few years.

Now, this is very specific to what my husband does as an MST (Marine Science Technician) and it’s mostly a personal gripe cause I don’t love being woken up at 2 am by someone complaining that the office isn’t open 24/7 to inspect their ships on their time. But most branches and rates have their version of this, 24/7 duty holders. Pretty much there are certain rates that require someone to be “on-call” 24/7 usually meaning you hold a phone, answer phone calls, and respond as necessary. Some jobs require you to respond to emergencies, some just answer questions, and others require you to spend some comfy nights at the base. Just depends on your rate. Now if you are wondering what the con is here, it’s the fact that, that phone, duty day, week whatever comes before everything else. Birthdays, date nights, vacations, and even sleep in most cases.

Basic Housing Allowance. This is a lifesaver, now it can always be more and we could always use a little bump in pay to survive. But what other 26-year-old could buy a 3-bedroom house in an inflated market in an area where houses are selling faster than hotcakes? And that is all thanks to BAH. Every month we get an allotment of non-taxable cash to pay for, as its name, Basic housing. Including Rent, Mortgage, and Utilities.  This pay has made the military lifestyle doable and makes finding housing so much easier.

Health insurance, now who doesn’t love the phrase “Free Health Insurance for my whole family” It’s pretty great. And a high motivation to join. But as with everything it has its drawbacks. Everything has to go through a General Dr and that will vary per station. So one station you can get independent care and the next you have Military Drs on base. They are all great but what to expect varies wildly

The Beloved G.I. Bill. Free college, and higher education available for you or your spouse, including some amazing scholarships for your kids. There are very few cons to this other than the paperwork required to sign up for classes, you will spend a lot of time at the military affairs office, but they are really nice people and usually Vets themselves. Most collages accept the GI Bill and you can explore any industry you think you would like to join after.

The move to Civilian Jobs

Civilian jobs after service. The coast guard has the most transferable rates to civilian life. Most rates having their Civilian counterpart. That pays amazingly and let you pursue a job the military already prepared you for. A lot of companies pay top dollar to have past coast guardsmen on their staff to avoid fees, prepare for inspections and give much-needed insight into what the CG is looking for. Now this isn’t for everyone, but it is a great pathway out of military life even for a short time.

The military always has its upsides and downsides. It’s not a perfect system, but it shouldn’t be, without something to improve you will never notice progress. And without those weird struggles, we wouldn’t have something to bring us together. The families in the Coast Guard are some of the best people I have ever met, they are able to connect with each other no matter where we are. By far the CG is the most family-friendly branch, and there is a reason most guardsmen stay in much longer than their first 4-6 years like other branches. We are a family, a very large, family-focused family that helps each other while we are so far from our normal community.

Leaving what’s comfortable, your family, and in most cases where you spent all your life is hard, scary, and stressful. But I would say there is no better community to do that with than the Coast Guard. All military life has its struggles, it’s scary and unpredictable and at times very isolating,  but at the end of the day, there is a large community there to support you. I love being a Coast Guard wife, and I am excited to raise a family with this community behind us.

So my final word on the subject (for now) is asking a simple question to those who are currently living the life of a Military spouse, no matter the branch. Tell me you experiences so we can inform those who come behind us. 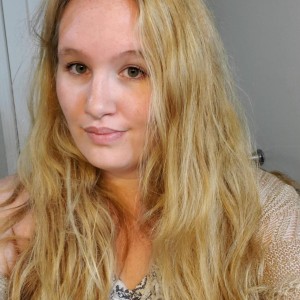 July 25, 2022
PrevPreviousThe Great Oneness of our Body
On Key