A Start and a Purpose.

In this blog I will give an introduction to my blog and my testimony.

The purpose of this blog is to put a few things that I have experienced into words, so that I can share what I have learned (discovered by God’s grace really.) It might seem that I am blowing up my own story, I will try and point out all the dimwitted things I do wrong. I think I am unqualified to be writing anything, even if it is a personal blog. It seems that many people just start to write and never ask if they are qualified. I am not, but I wont get better if I don’t write. Write I must.

This blog is ultimately to point people back to God. It is for His glory, not for myself. So, if you read this or any other one of my blogs and it seems pretentious. please, tell me. I am in no way perfect and would love some constructive criticism. I also know how easy it is to get lost and always want someone to help.

So, to introduce myself. My name is Elijah Davis, I have lived in North Idaho for the last 13 years with my parents. My parents moved to Idaho when I was 6 years old. I grew up in the church, my parents were the Sunday school teachers. I, however, when they were around acted like they wanted. As soon as they would leave the room I would turn into a different person. I was really just a normal kid, who didn’t like to listen to his parents. Just recently I moved out of my parents house, to live in an apartment with 2 other guys, I moved into this apartment almost 6 months ago.

I got to enroll as a intern in a Missions Org called “YWAM” it is really awesome. the internship is a season of preparation, meant to be half time and not as full as the DTS. This internship is really a precursor to the DTS(Discipleship Training School) which will start on October 4th. I will explain what YWAM is, in another post.

Pictured is the YWAM team I joined, I am the one with the peace sign in the back. I can introduce everyone else another time. Lets focus back onto my own Testimony and how God impacted my life, or a taste of it.

So, my testimony: I explained earlier that I grew up in the church. I wish I could say that means I was a true Christian since I was 6. However, that would not be accurate to reality. I would even say I didn’t have relationship with Christ, like a friend, until I was 15. That relationship, was very simple, because it was not complicated to act like everyone else. I was proficient at copying the actions and behaviors of the people around me, who had genuine relationship.

This proficiency caused myself a large amount of turmoil. It allowed me to have good relations with everyone I talked to, but I didn’t have a personality. I was always who I was around, nothing more, nothing less. I was a classic follower, I loved it too. I had no problem with it either, until one day at a summer camp.

I went to this camp for a few reasons, my parents wanted me to, my friends would be there, but the highest one, there was a girl going that I quite liked. I was all in for her and I thought I would be able to see her everyday. Looking back, that reason sucked, but God used it anyway. That camp, I was an entertainer and was the perfect hype man, I also knew how to make everyone laugh. I was hoping that was going to be good enough for that girl.

So, like any other boy, I spent all my free time hanging out with her. I did everything I could to make her laugh, I was super awkward, and being homeschooled, I didn’t really know how to hold up a conversation with anyone in general. I believe it was either the second or third day, me and this girl were hanging out. I decided to tell her I liked her, and as I was expecting her to reciprocate her feelings to me.

I never thought for a second that she might not feel the same way. I remember her telling me so kindly that she only saw me as a friend. At once, my whole personality died, I turned from the fun outgoing kid, to the depressed do nothing kid. It was like night and day, I became a new person, not in a good sense. Once I came to my senses, we were called to lunch. I remember getting lunch and not wanting to eat anything, giving up basically every little thing that mattered to me. I didn’t think there was any point in it all.

I remember talking to one of my friends, Peter, he asked me what happened and was confused why I was acting so different. I told him everything, he was just as shocked as I was, but he tried to make me feel better. I fought basically everything he said, because of my mental state of not being good enough at that time. Than after lunch I went to the cabin. hoping that no one would be there, I slipped in during games.

I remember my head when I came to the cabin, I was so overwhelmed. it was one of the most painful feelings I have ever experienced, I couldn’t think about anything besides what she said. Since I grew up in the church, I heard of people getting peace in situations that don’t make any sense. so, without any other options, I prayed to God that he would give me peace.

Instantly, an unreal feeling came over my whole body. It felt like something indescribable and in an instant, I felt like a different person. Again. It seemed like in a situation where I was literally stuck, I got peace. I didn’t care what happened earlier that day, instead I just wanted to hangout with my friends and have fun again. I went to my friend, he was just as shocked as I was to see me with a smile.

I still remember vividly sharing this story with the youth pastor. Pure joy was all over their eyes, once I shared it, I thought I should share this with everyone I could. I however still had that proficiency in being a follower, so I didn’t learn how to share what I knew until, a few years later. I can share how I got out of that pitfall another time.

That is where I experienced God’s peace in my life. it was life changing and slowly since that moment, I have been giving up my life to God. I now have a potential plan of being a missionary overseas in Thailand. All in all, I have given my life up to be a life of Radical obedience to what Christ called me to.

I hope this gives a good and clearer understanding of where I started out.

I will be posting the next part of this story soon, with also a few

Thanks for reading! I am thinking of making a blog answering more questions about the trip – but, I would love to hear what you all think about it – should I say more, or leave it here? Let me know in a comment.

I also will be posting more often, hopefully once a month. To find my next post click here.

Thanks! Sincerely
Elijah B. Davis 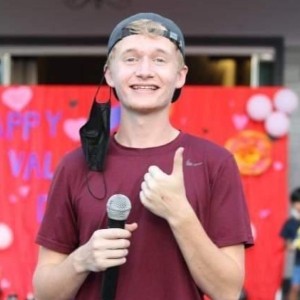